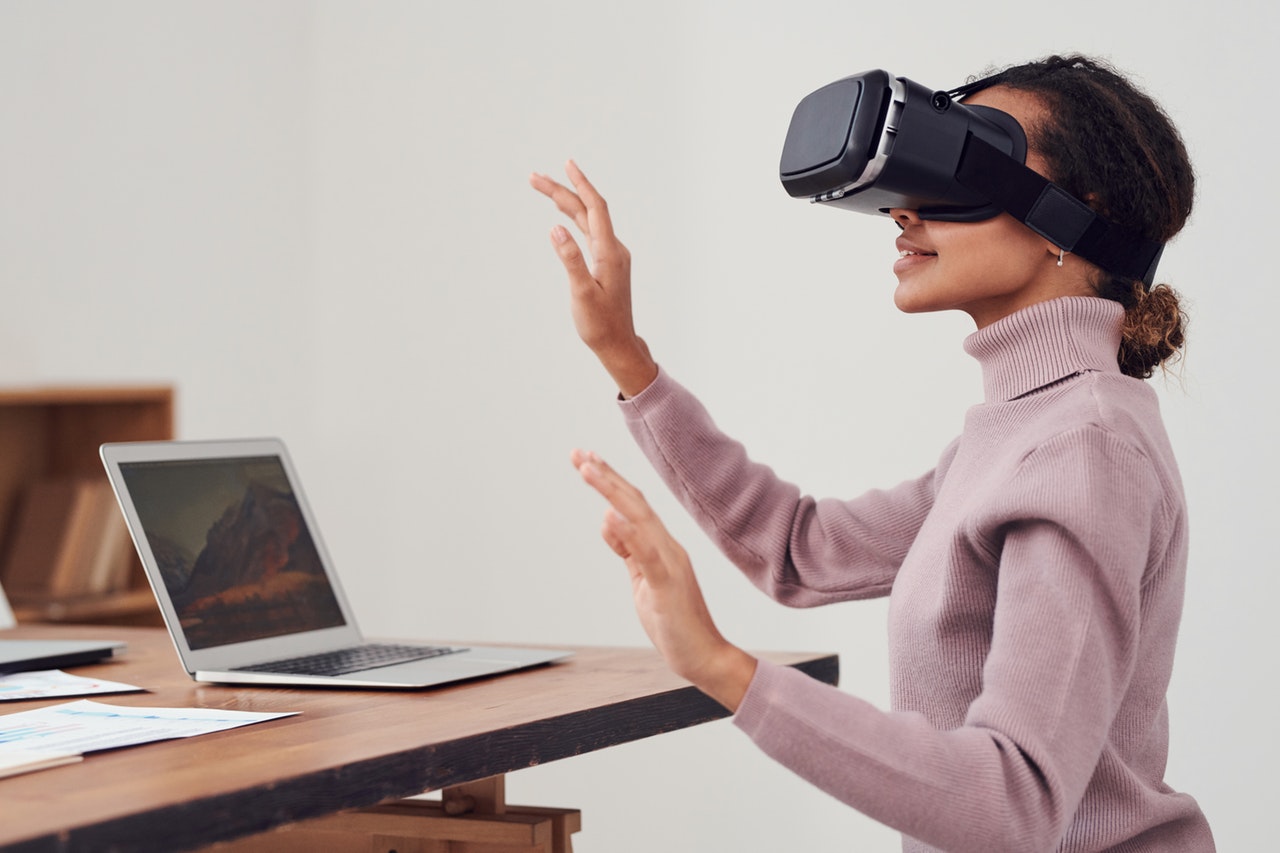 Virtual Reality (VR) is this new technology that allows you to be transported to a world of your dreams. With VR, you can go to all sorts of places and scenarios, ranging from exciting battlefields to exotic landscapes. Just like live chat app I do not think we are far away from virtual customer service revolution.

Like all technologies before it, VR needs to be tested and corrected extensively before it can be used freely by the masses without any consequences.

VR is still in its very early days. There is so much to be learned about this new technology and how it can impact our well-being.

Now to tackle the elephant in the room.

Does VR hurt your eyes?

The conservative answer is that VR might hurt your eyes. But that depends on your present health conditions.
If you’re currently facing difficulty with your sight or focus, spending hours using a VR headset might not be a great idea.

Like all technology, VR should also be used in moderation. Remember how parents scolded their children for sitting right in front of the TV? It’s more or less the same thing with VR.

Staring at a screen all day is not going to damage your eyes. Although it might cause them to sore and tire after prolonged use. This myth has been debunked, but the same cannot be said for VR. 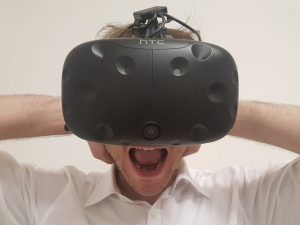 But the question remains.

Can VR damage your eyes?

Let’s dive a little into the technical things.

But in VR, things change a little.

Our eyes don’t change the way they work when we use VR. They still converge at a single point. But what ends up happening is that they’re trying to converge or diverge towards an object that seems to be nearby or far away.

When most people think of VR eye damage, they think of the VAC.

This inability to focus is called vergence accommodation conflict (VAC). And it is the reason why some people experience nausea or headaches after having a VR experience.

What symptoms can you expect to experience when using VR?

The symptoms one experiences during or after using VR can vary.

Several factors come into play. Prior physical limitations and current physical ability have a key role in determining the severity of any symptom that a person might experience.

The most common symptoms after using VR, are nausea and headaches. These symptoms most probably occur because of the VAC (see above).

But since most VR videos have a shorter duration, the symptoms might not be as severe.

The severity of symptoms can also be estimated by the level of emersion and quality of the VR experience.

In some cases, the VR user might experience some form of disorientation. Suffice to say that handling power tools or other sharp objects immediately after being immersed in VR is not a great idea.

Although the disorientation lasts only for a short while, it would be wise to take precautions and wait until you have firm control of your senses before doing something else.

There have been so many incidences of issues with VR that people have given it a nickname, cybersickness.

Check out this video if you want some tips to cure your VR sickness.

At the moment, there doesn’t seem to be a consensus among VR gear producers.

Both Samsung and Oculus say that their gear and headsets should be used by children over the age of thirteen.

Sony says that its PlayStation VR is for children above the age of twelve, while Google said that its Cardboard headset could be used by children only under the supervision of their parents.

HTC has a completely different point of view and says that its Vive should not be used by children at all since it wasn’t designed for them.

One might wonder how do these companies come up with an age limit for a product that still has a ways to go. These companies probably came up with their respective recommendations by assessing the risk of VR hurting a child’s eye.

Now I’m going to play the devil’s advocate for a moment and ask:

Can VR use be beneficial?

But according to a study conducted by the Beijing Advanced Innovation Center for Future Visual Entertainment, beneficial effects were observed by children and teens with myopia or hyperopia after prolonged use of high-end VR headsets.

The headsets mentioned were the HTC Vive or even the Oculus Rift. As one can expect, cheaper headsets will have several issues, including the brightness and lack of focus.

Children are especially advised to use VR in moderation and under the watchful eye of their parents.
VR does have some risks associated with its use, but under the guidance of trained professionals, it would be much safer and hence enjoyable.

Under the right circumstances, VR can be used to improve vision, improve hand-eye coordination, and improve depth perception.

For these right circumstances to form, you’re going to have to invest in high-quality equipment. Buying cheap knockoffs will only serve to dull the experience and might even cause harm to your health and wellbeing.

Is Virtual Reality bad for your eyes?

We don’t know for sure yet. The technology is just too new, and there haven’t been enough studies and long-term research opportunities to get to know the ins and outs of the technology.

Until scientists, researchers, and medical professionals have more data to work with, and caution should be taken when using any new technology, particularly the ones that capture our attention and senses.

The use cases of VR are too many to ignore. We can hope that in the future, say 5 to 10 years from now, the technology will have had more time to improve and mature. And hopefully, VR would have far more benefits than any shortcomings.